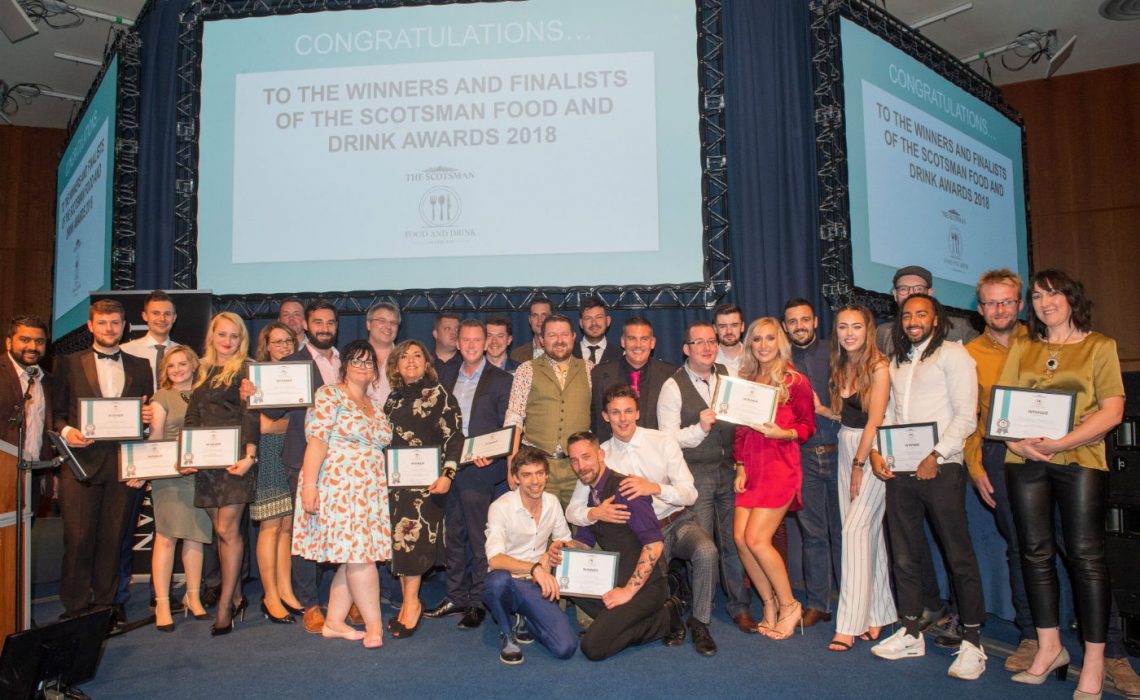 When it was announced in August that Scotch & Rye had made the final 3 in the category of “Best Bar & Kitchen” in the Scotsman Food & Drink Awards we were excited to say the least and truly humbled, given how much incredible talent there is within hospitality in Scotland. The event, which featured more than a dozen specially chosen categories, saw the top prizes awarded to those businesses and individuals who have helped make a huge success of the country’s food and drink sector.

The “Scotsman Food & Drink Awards” is an event that sets out to showcase and acknowledge the best of the best in Scottish hospitality across an array of categories, and we were thrilled to have made the shortlist, facing tough competition from The Inn on Loch Lomond, and The Marine in Stonehaven.

We’ve never been afraid of going a little against the curve in everything we do, from décor to drinks, and service style to our (sometimes) bonkers food offering.   When the time came to announce the winner, none of us knew quite how much we wanted to win until that moment, as we all sat silent and tense. Then boom! They announced Scotch & Rye as the “Best Bar & Kitchen in Scotland” for 2018! What we do is about passion, and love for our product, it isn’t about the accolades or the awards…but they certainly are nice!

A massive thanks goes out to everyone who has supported us from day 1, to the whole team, without with Scotch & Rye wouldn’t be what it is, and certainly to anyone who voted for us in these awards.